A black velvet painting is totally new to me (along with all kinds of other things I’m learning about that come through our auction). Yesterday I saw my first one, which we’re selling on Monday, May 2nd. At first glance it doesn’t seem to be a very refined kind of art. First of all, it’s a scene of some drunken dogs gambling with some dog police officers coming to bust them. And then, painting on velvet? Does it always have to be black? And why velvet?

The black velvet painting here at Gateway in the Back Gallery

Doing a little digging, I found that there is some interesting history that goes along with this kitschy art. American tourists would buy black velvet paintings in Mexico as souvenirs in the 1950’s. But painting on velvet isn’t a new thing. In the 13th-century Marco Polo recalled seeing painted velvet portraits of Hindu deities in India. The concept of painting religious figures on velvet traveled back to Europe along Polo’s trade route, eventually spreading to the Spanish colonies of the Philippines and Mexico.

Edgar Leeteg was a very skillful velvet painter who produced works in Tahiti in the 1930’s and 40’s. He really mastered the techniques needed to create lush landscapes and beautiful portraits, and influenced many modern velvet painters. Often he painted native women, which were scooped up by American servicemen and sailors. Leeteg’s technique was to use practically dry brushes in order to keep the hairs of the velvet separate. Despite his skill he wasn’t accepted by art critics because velvet painting was viewed as too tacky. 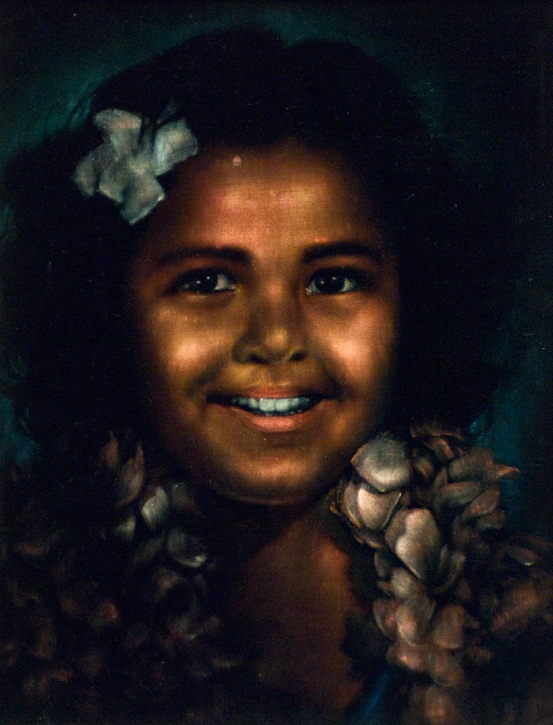 One of Edgar Leeteg’s works of a Tahitian child

As for the choice in fabric, canvas is seen as easier to paint on than velvet. But velvet offers something more. An artist already has shading and negative space built in by using black fabric. Seems brilliant; I didn’t even think of that initially! (Probably because I don’t consider myself very artsy)

After looking at some of Leeteg’s work, the piece we have here at Gateway, and a variety of other works on black velvet, I kind of like them. They’re quirky and fun. I don’t think the artists creating these pieces are any less of an artist than someone painting with oils on canvas. Most seem to fit into the kitsch souvenir category, since many are of Elvis, Dale Earnhardt, Jesus, cowboys and the like. Now I want to give it a whirl! 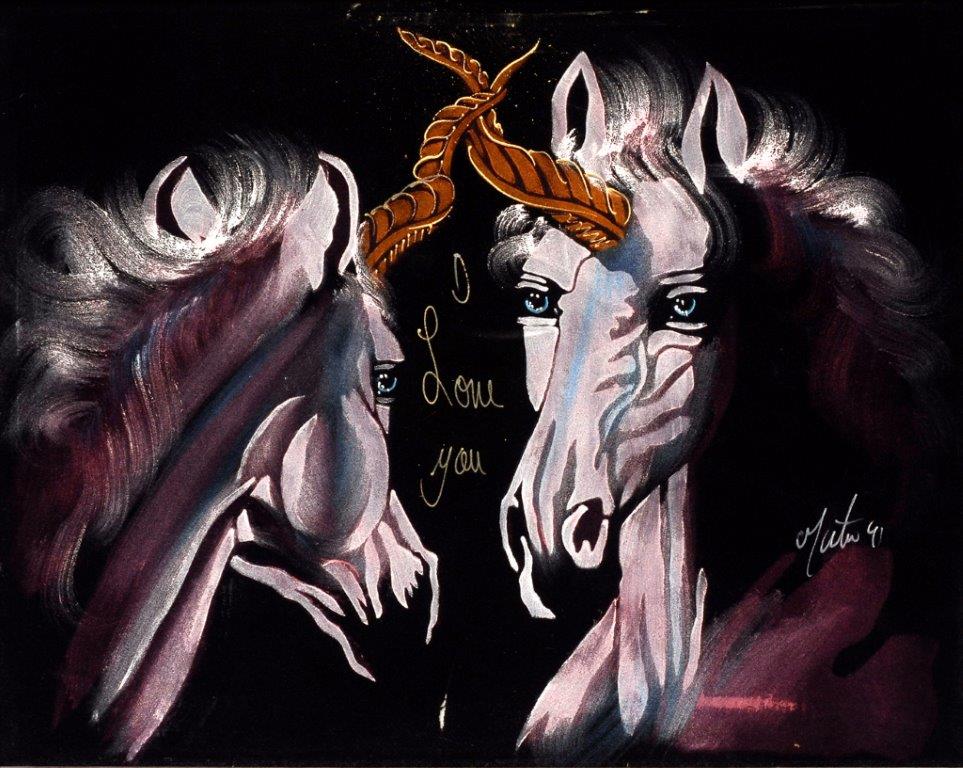 How corny is this “I Love You” unicorn black velvet painting?! I love it.

I gathered much of my information from this article, and if you’d like to learn more about velvet painting, I recommend checking it out!

Students wrote short stories imagining 19th-century telegraph uses, and we had good discussions about the speed of communication and how http://homework-writer.com/ it has changed from the colonial era to the present
Absentee Bid Form Bid Here Through Us Pay an Invoice via PayPal